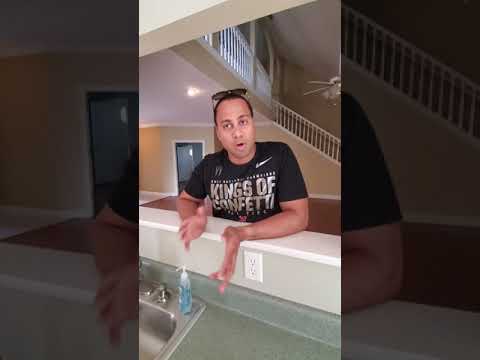 Speaker 1: What’s up everybody? Want to shoot a quick video to give the details on this whole hotel deal, that we completed here in Panama city, over on [palm metal court 00:00:13] great house. We got a referral from another client, that actually put us in contact with the seller, and it worked out pretty well. Purchase price was 305, I think we put a total of $2,500 in. We actually just replaced the vinyl siding that need to be repaired. And yeah, did the repairs, close on May 9th, got the work started I think on the 14th, and we put a Facebook ad up on the 19th. And just took some pictures and put the ad up, sneak peek. Before we actually we were going to do a flat fee broker list on MLS. And a realtor got to hit on it, and they came in with a full price offer of 400,000 that we agreed to.

Long story short, we went through home inspection. They came with a couple of items. They wanted a new fence across the whole backyard, and a couple other knickknack things that they wanted to do. One thing that I wanted to pick out just for you guys though, one of the things that they brought up with the microwave was too close to the stove, and which would mean we would have to cut out, put a new cabinet in, just be a big headache. That was one thing that we say, “No, we’re not doing it.” So we ended up closing at $15,000 off the list price to just circumvent all the issues, or things that he wanted done. And he thought was a superficial that needed to be done. And yeah, so we settled at 385, closed on it. It’s a good hotel deal, not a whole lot of work that we had to put into it, but it worked out real well.

A great community, great school systems. Got a pool in the back, five bedroom, three bath, 3,200 square feet, brick home and a great community. So, just wanted to give a detail of the hotel, was in between the wholesale, and actually a retail flip where you go in and just do everything. Bathrooms had wallpaper up. They were a little outdated, house was built in 2002. There was one thing we didn’t want to go into a new kitchen, new bathroom model with this. And so it actually worked out pretty well. We got a buyer, we’re in a sellers market right now, 52 days from actual MLS listing to the closing, which is pretty good. And I think the average 19 days to go into contract. So overall the house was in great condition. It was a no brainer.

I actually told a seller that they should list their house on MLS. I was straight up, I was like, “Hey, we buy about 70% discount, after we make our renovations, that’s where we want to be at.” And she’s saying, “Hey, still make me an offer.” And we made an offer and they accepted. And it’s worked out well for them, and it worked out well for us. So it was a win-win for all the parties, and that’s how it all works out in the end. The seller gets a win and we get a win, when we get it sold, we get a new family here. And as you can see the house isn’t in bad shape at all. Walking in the back, it’s clean, not too much damage at all just got this dated this wallpaper, and you would do some new knobs, or make new countertops.

But it’s in good shape, and the buyer likes it. So hey, I love it. But this is just one of our deals. Well we got another one coming up, we’re going to market. Promise you the video, a little bit early, just to show the after renovation. It was initially a hotel that was actually the lady that referred us to this one, it was actually going to be a hotel, but we went a little bit over and beyond, with that one to make sure that we got the resale value rate. We wanted to hit 50 cent, laminate floors and a $300,000 house. And so we ended up having to go in and take all the floors out, but that would’ve come up on another video. But yet you have any real estate questions, always hit me up, always a PM away, or give me a call. Operation invest, you that’s what we’re doing down here in the Emerald coast, glad to hear from you, peace.

Get Your Fair Cash Offer: Start Below!

There is no obligation whatsoever. Start below by giving us a bit of information about your property or call 850-303-6709...